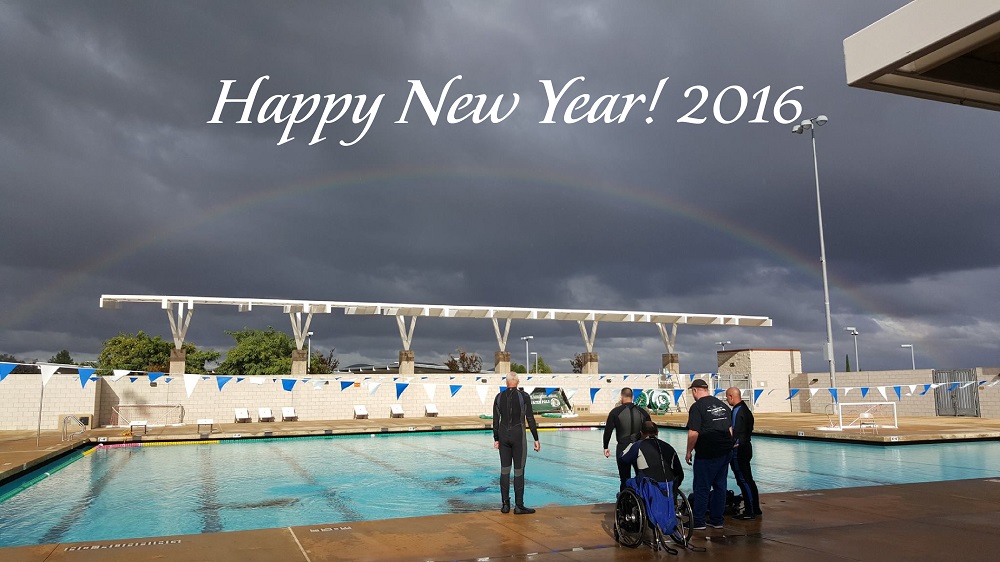 As we begin the new year we are reminded to give thanks for the terrific support we have received in 2015 and wanted to share with you some of the things we have done. To date we have trained over 40 veterans and their dive buddies.

Some of the other great things that have happened this year:

Our Gear Truck – As many of you know one of our very generous supporters made arrangements for a truck to be donated. It is a 16 foot truck wrapped with our WAVES Logo and artwork created by Winter Advertising Agency. 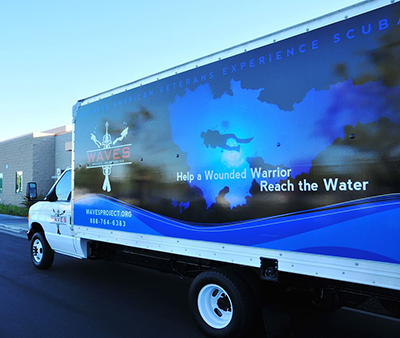 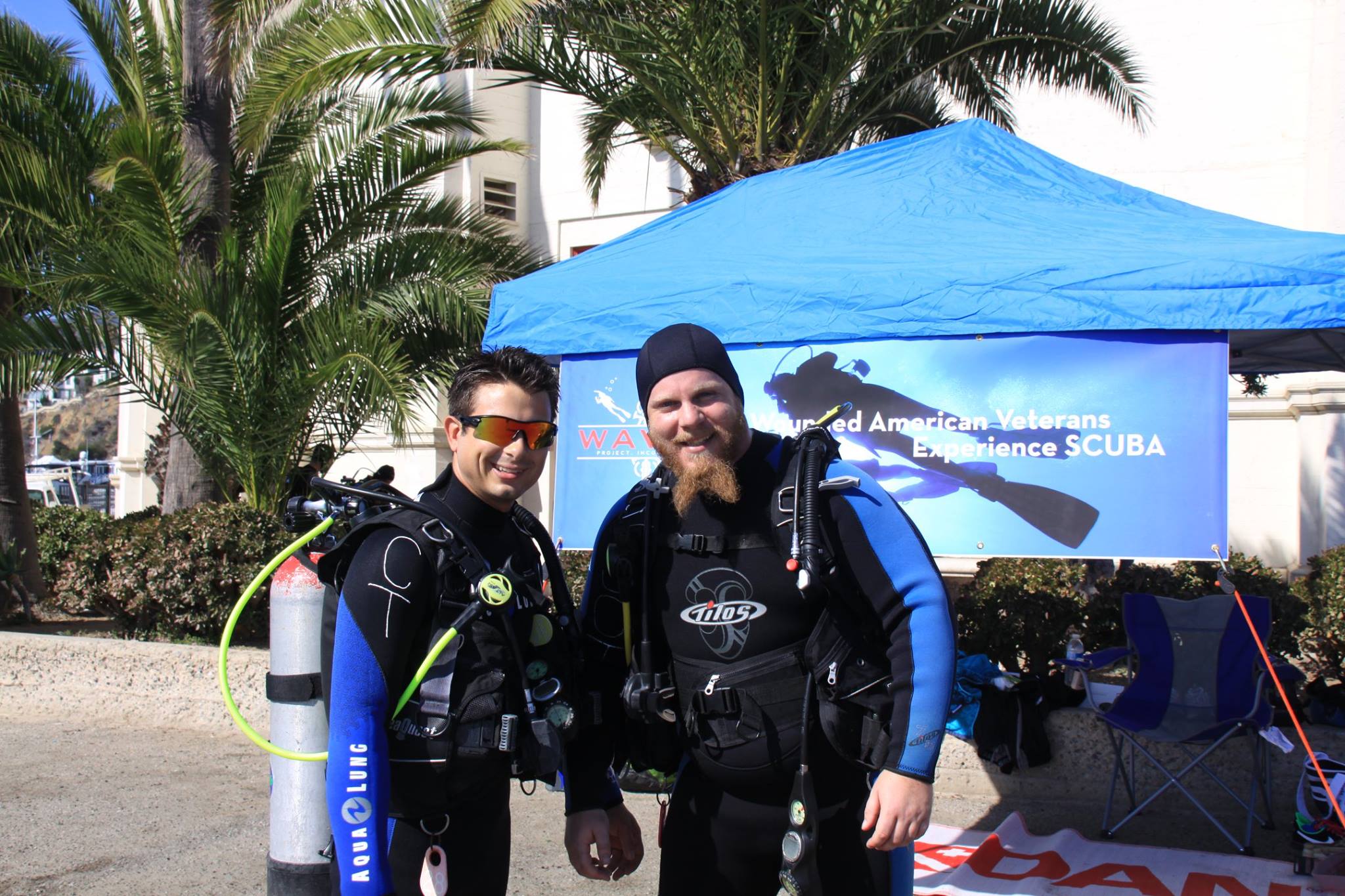 WAVES Truck heading to the beach at o-dark-thirty

Participants who have been through our SCUBA training met Waco as several local dive sites, geared up and had a great day diving. Camaraderie and building new relationships around diving are key goals and these outings are an important step toward those goals.

Fundraisers – We mentioned fundraisers earlier; we had three this past year that were not only successful at raising money but also lots of fun and hard work. In February 2015 board member Mary Winter organized a comedy night at a local comedy club, WAVES members sold out all of the tickets to the show which netted just over $3500.

The second was a Chili Cook-off headed by Kristi Underwood and held at the beautiful Europa Village Winery in Temecula. 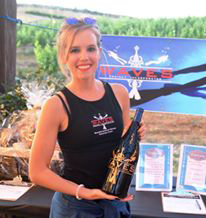 The winery brought in a band and we brought the chili. Celebrity judges included Riverside County Supervisor Chuck Washington, The reigning Miss California – Marina Inserra, and founder of the original UGG Boot Company – Brian Smith. Competition was fierce but our very own volunteer Rikki Menz was crowned “Chili Champion” with her Tres Carnes Chili. 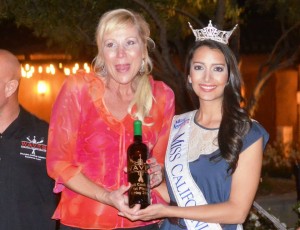 Over 200 people bought tickets to taste our selections, Europa Village donated for every bottle of wine sold that night and the silent auction more than doubled the donations bringing our total to just under $6000 raised. The event was so much fun we are planning another and have a tentative date set of May 13th, 2016.

Our most recent event was a goods drive organized by Cher Ruzek where we collected donations for Goodwill Industries. We brought in nearly 4 large truckloads of household items. Volunteers gave up many Saturday hours scouring garage sales to ask for donations and loading trucks to bring in $2400.

WAVES Re-Charge Weekend on Catalina Island – the first weekend of December a group of veterans, volunteers and our instructors spent the weekend having fun and honing our diving skills. 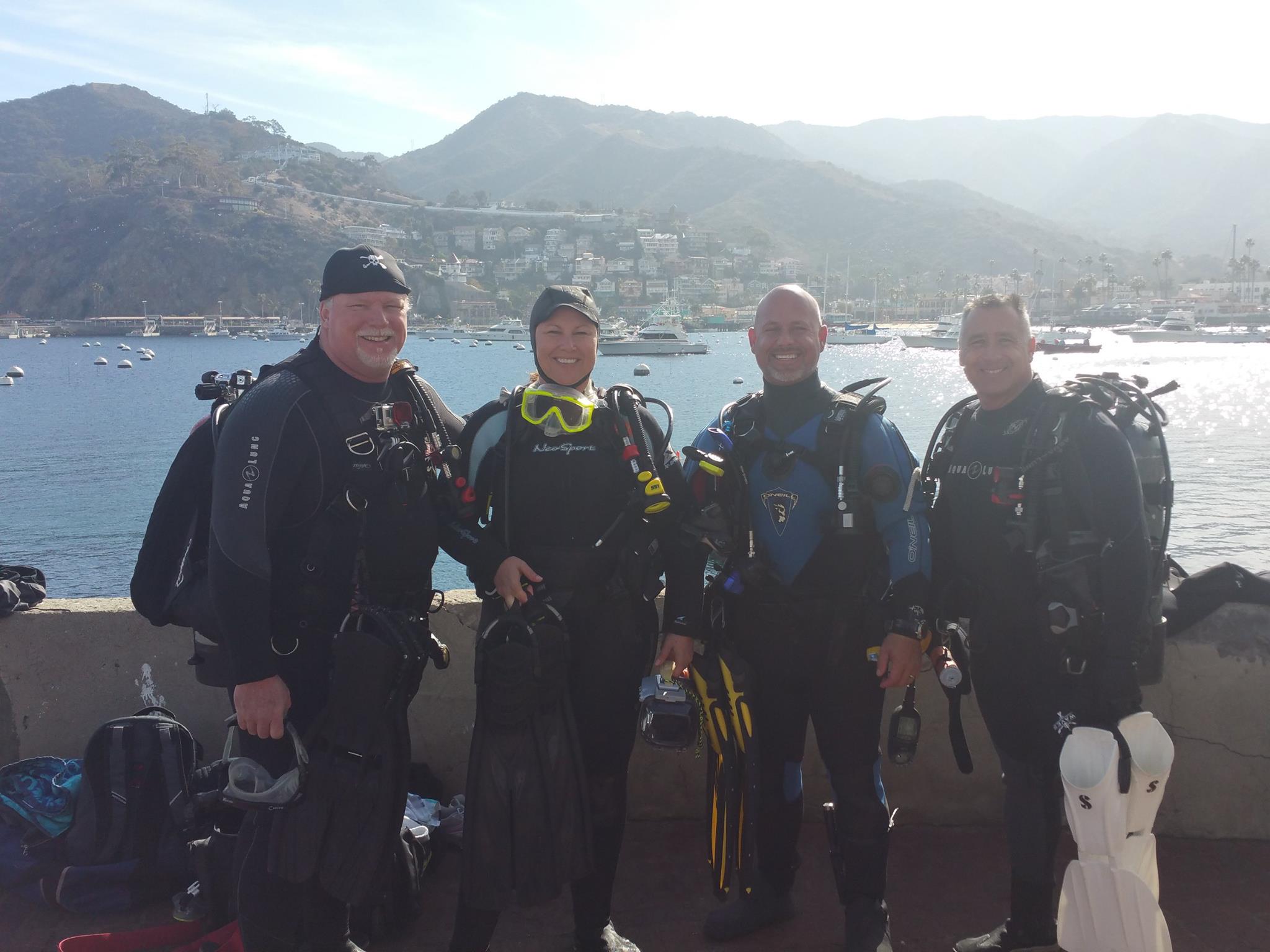 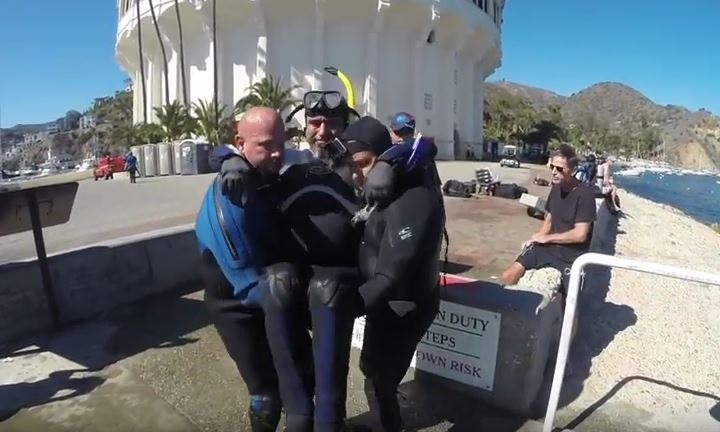 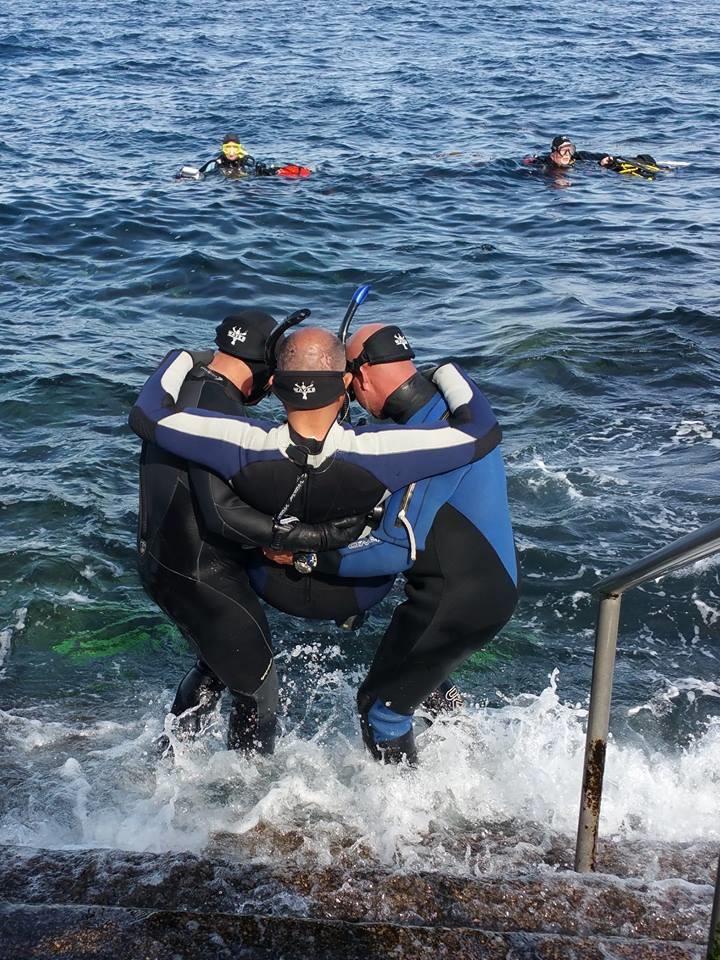 This is how we “help a wounded warrior reach the water”!

Finally – we had a wonderful Christmas and Holiday Party on December 10th at the Gambling Cowboy in Temecula. Generous supporters from the community sent donations to pay for all of our veteran participants and their guests to attend. The Gambling Cowboy generously donated the use of their banquet room so we could hold our event with minimal cost to the volunteers, their food was wonderful and they went all out with holiday décor. We were treated to a special appearance by Captain Ron and Steve Arrr who presented a special program – pirate style. 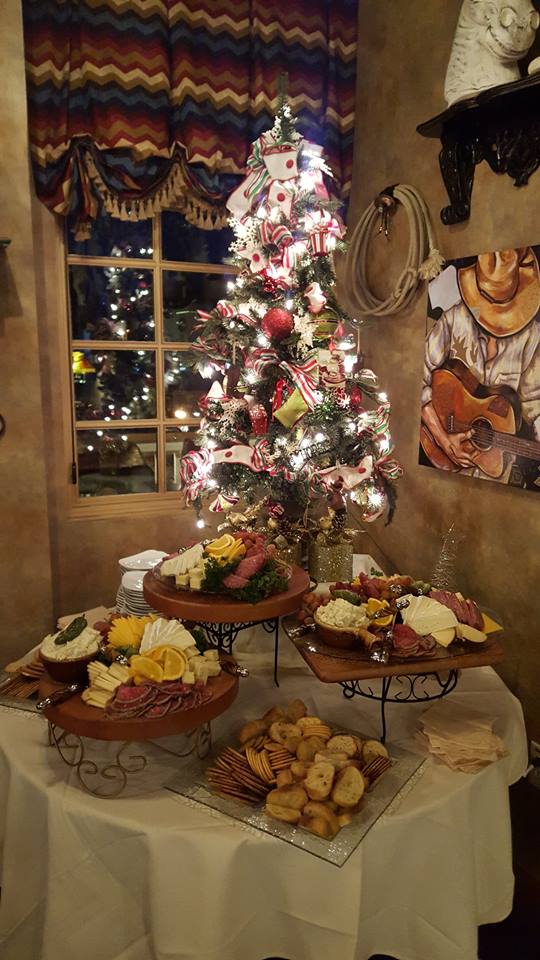 Going forward to our 2015 – 2016 Fiscal Year we have some big plans we would like to share. Our first goal is to establish “affiliates” in other cities. We have found that participants are driving many hours to attend classes in the Temecula Valley. We think we could better serve some of the veterans by giving them a choice to attend classes closer to their homes. Our first two areas of concentration are Los Angeles for its proximity to us and Phoenix because of a group of supporters and contributors in that area.

The second goal is a big one; we plan to raise the funds to take veteran buddy teams on a week long dive vacation. During the summer of 2015 a group of 16 volunteers traveled to the Caribbean at their own expense to conduct some intensive in-water training, conduct planning sessions and have some fun while we were there. 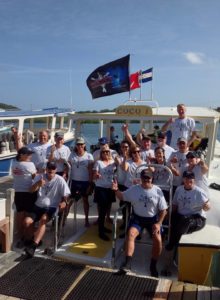 During the planning sessions the idea was presented that next year we need to take veteran teams on a trip. Depending on finding a suitable location and which one we choose the funds required to award 10 teams with the trip will be approximately $60,000.

In closing, we want to thank each and every one of our volunteers and donors. You have made it possible for us to enrich the lives of these veterans and their caregivers. Those of us who work directly with the veterans receive blessings beyond our ability to communicate. A special Thank You goes out to our instructors Steve Rubin, Ron Fonstad and Dennis Nies and Dive Master JD Chiniaeff who have volunteered their time to teach. This work is so very rewarding and we thank you from the bottom of our hearts for making it possible!

Here’s looking forward to a wonderful 2016, we hope you will join us!